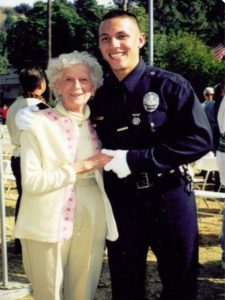 I followed the rules. Did what “they said” to do… Go to school, get good grades, find a good secure job. They said, be loyal to your job and retire in 35 years so you can retire and travel the world.

“They said” we could be living the American dream.

Then one day I wake up and find myself living the American NIGHTMARE. A decade into following what “they said,” I found myself $70K in credit card debt. Bought a house we were close to being foreclosed on. Married but on a verge of divorce because we never saw each other. Working really hard just to pay the bills. More bills then money at the end of each month.

We were drowning and would go to bed at night praying for something, anything to come and save us from this life. Instead of blaming our boss, blaming our jobs, blaming society and blaming those who sold us a false dream. We decided to take control.

Instead of wishing life were easier we decided to become better.

We started to read books like Rich Dad, Poor Dad and Think and Grow Rich. We realized the only way out was to become an ENTREPRENEUR. We were conditioned to have an employee mindset and ended up broke after 10 years. We needed the Entrepreneur mindset which would take COURAGE and PERSISTENCE and the right VEHICLE.

Because of our commitment to growth and willingness to start thinking for ourselves and stop listening to what, “they said,” we were open to take a look when our friends invited us to see the Subscription to Fun concept.

What we saw blew our minds. We had no idea there was a whole other world available to us. As a skeptical police officer with the LAPD for ten years, I had trained myself to be the skeptic and poke holes in everything. I couldn’t find it. What part could I argue with, the fun? The money? The freedom? The fulfillment?

That was December 2005. 13 years later, 212 vacations, 4 retirements (my wife and I and both sets of parents) and the resources to start and fund our orphanage (in my late fathers honor) that has 2 homes and 65 kids, called La Esperanza (Hope) in Cuenca Ecuador. Life completely changed thanks to the Worldventures and the direct sales industry.

We decided to transition from employee to Entrepreneur. Network Marketing was the perfect transition due to the low risk high reward. We could earn as we learned. We plugged into a great system and within 12 months on a part time basis we replaced our job’s income and have never looked back. We have been blessed to be top income earners for the past 12 years. This has given us an incredible platform to become international speakers and trainers. We spent less then we make and invested well. Today we have several businesses and are known as the BLUE COLLAR MILLIONAIRES, because we were average people with blue collar jobs. We had extra ordinary dreams and now teach people how to follow the same path.

Today my beautiful wife, Yvette and I live in Brazil, we are now living on purpose and don’t have to make decisions based time or money. We could have never imagined life could be this extraordinary.

Our lives are made by the decisions we make on a daily basis. When would now be a great time to at least take a look. They say curiosity can make you rich… It can also SET YOU FREE! 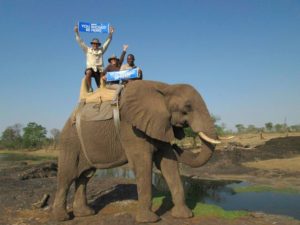